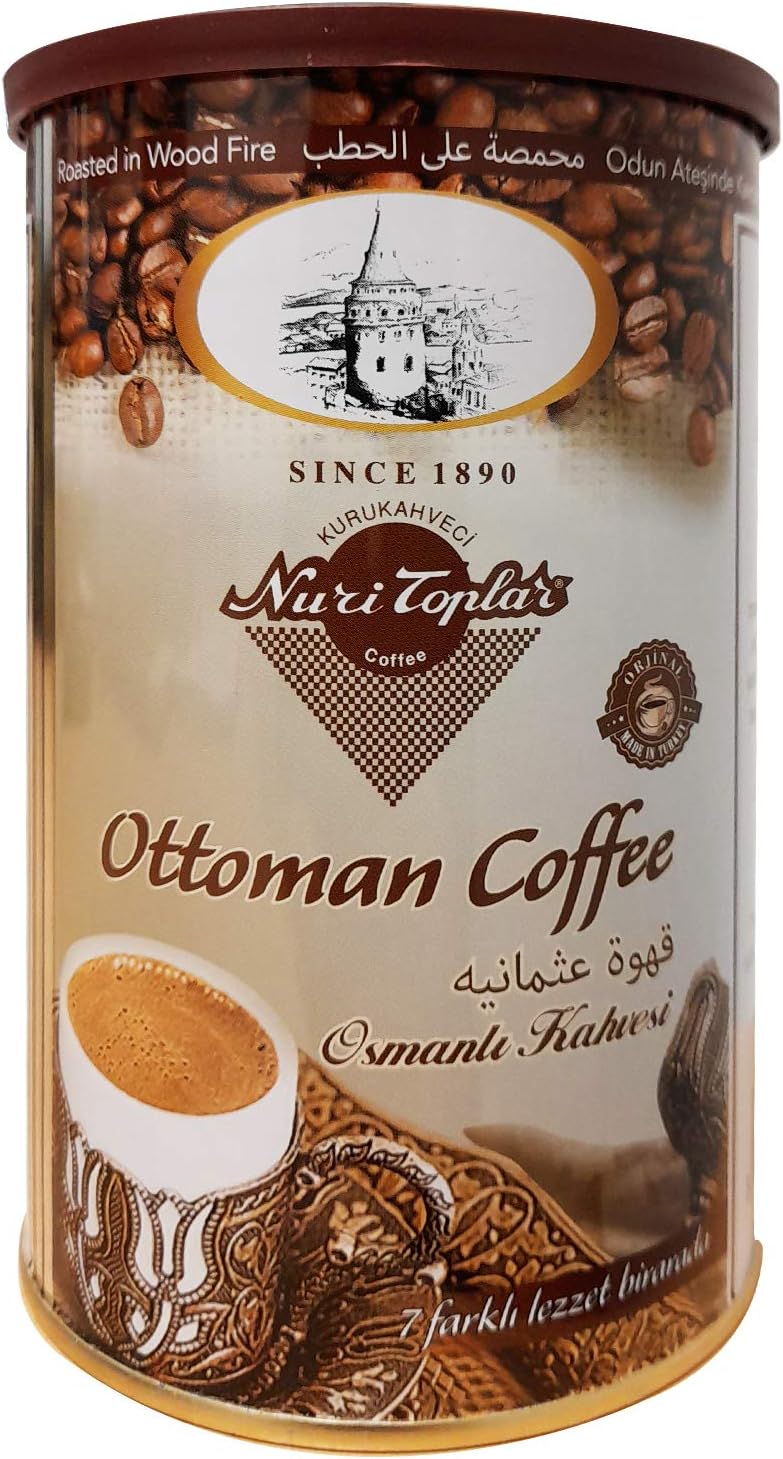 Turkish coffee is very finely ground coffee brewed by boiling. Any coffee bean may be used; arabica varieties are considered best, but robusta or a blend is also used. The coffee grounds are left in the coffee when served. The coffee may be ground at home in a manualgrinder made for the very fine grind, ground to order by coffee merchants in most parts of the world, or bought ready-ground from many shops.

Coffee and water, usually with added sugar, is brought to the boil in a special pot called cezve in Turkey, and often called ibrik elsewhere. As soon as the mixture begins to froth, and before it boils over, it is taken off the heat; it may be briefly reheated twice more to increase the desired froth. Sometimes about one-third of the coffee is distributed to individual cups; the remaining amount is returned to the fire and distributed to the cups as soon as it comes to the boil. The coffee is traditionally served in a small porcelain cup called a kahve finjanı 'coffee cup'.

The amount of sugar is specified when ordering the coffee. It may be unsweetened (Turkish: sade kahve), with little or moderate sugar (Turkish: orta şekerli), or sweet (Turkish: tatlı). Coffee is often served with something small and sweet to eat, such as Turkish Delight. It is sometimes flavoured with cardamom, mastic, salep, or ambergris. A lot of the powdered coffee grounds are transferred from the "cezve" to the cup; in the cup, some settle on the bottom but much remains in suspension and is consumed with the coffee.